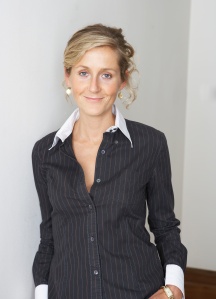 Martha Lane Fox co-founded Europe’s largest travel and leisure website lastminute.com with Brent Hoberman in 1998, they took it public in 2000 and sold it in 2005. Martha was appointed a crossbench peer in the House of Lords in March 2013. She is currently chair of Go On UK, a coalition of public and private sector partners that are helping millions more people and organisations online. Martha co- founded and chairs LuckyVoice, revolutionising the karaoke industry. She chairs MakieLab, Founders Forum for Good and the Government Digital Service Advisory Board. She is a Non-Executive Director at Marks & Spencer, MyDeco.com and the Women’s Prize for Fiction. In 2007 Martha founded her own charitable foundation Antigone.org.uk and also serves as a Patron of AbilityNet, Reprieve, Camfed and Just for Kids Law. In 2013 Martha was awarded a CBE.

She has also made a significant contribution to the government’s digital agenda by being the UK Digital Champion from June 2010 until November 2013.