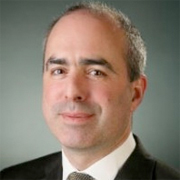 Tim Jackson is an investor, entrepreneur and technology commentator. As a partner at Lean Investments LP, he makes investments in early-stage Internet and mobile businesses and sits on the boards of a number of private companies.

He is also secretary of the Argentarius Foundation, a ‘venture philanthropist’ that backs new organizations in addition to the traditional charity sector.

Tim was formerly at the Carlyle Group, one of the world’s leading private equity firms, where he was a managing director responsible for a $700m European technology venture fund.

QXL, the pan-European online auction company that he founded in 1997, was taken public in 1999 on the NASDAQ and the London Stock Exchange, and sold in 2007 for $1.9 billion.

Educated at Oxford University, Tim began his career as a staff journalist with The Economist. He later served as a foreign correspondent in Brussels and Tokyo for The Economist and The Independent, a British daily newspaper, and as a leader writer. He is also the bestselling author of three books – including histories of the Virgin group and of Intel, the world’s most powerful chip company – and wrote a widely-read weekly column about web businesses for the Financial Times for seven years.